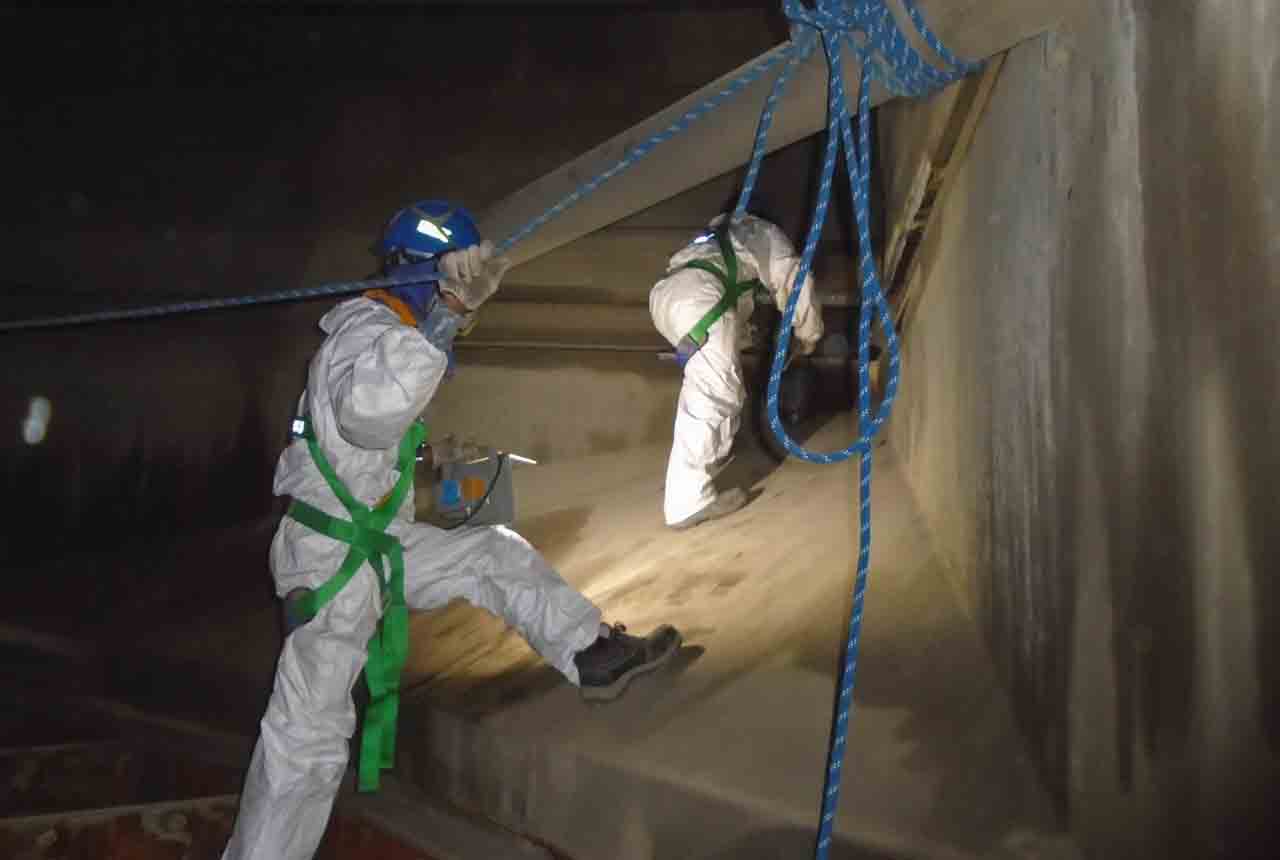 This new supercritical coal fred power plant is designed to be environmentally friendly, by reducing fuel consumption, whilst maximizing power generation. Supercritical boilers produce power  ore effciently than standard boilers, as they operate with start up valves and waterwall pressure controls, but because they operate at higher pressures and higher temperatures, a proven reliable lining system was specifed to withstand these constant aggressive demands.

Trepax are now asked to perform installation and repair work at annual shutdowns at Gheco One, due to the excellent work that was carried out on our frst major project here in 2015.

The following works were undertaken…

We were asked to install ﬂake lining coatings to the Absorber/GGH Duct.

Flake lining coatings were applied to the Absorber/ GGH Duct, to maintain corrosion protection to these highly aggressive and corrosive environments. FRP lining work was carried out in several areas within the plant to upgrade and protect from chemical attack.

These systems were applied to protect against high temperatures, chemical and abrasion attack and were selected and specifed for there  erformance