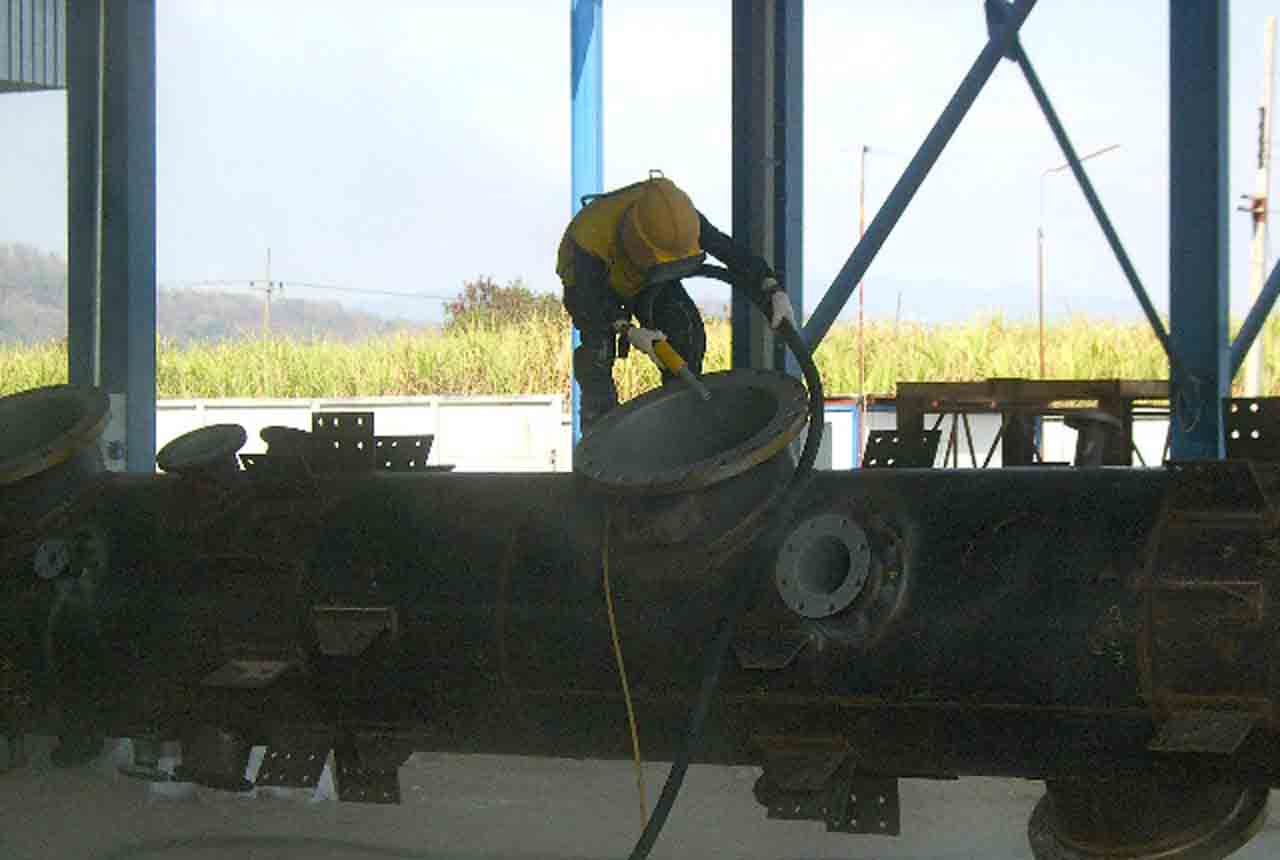 The gaseous phases produced during the plants operation process mean that rapid cooling has to take place, to control the temperature for operations further up stream. In order for this to happen a specially engineered hot quench column is required that works at various temperatures and bar pressures.

The shell of the absorption column is of steel construction. The harsh environment of high temperature, high pressure and highly acidic and alkaline conditions, resulted in a special protective lining being required. This system consisting of several layers was chosen, in order to resist and withstand the extreme aggressive conditions.

The highly corrosive area and atmosphere within the HCL absorption column, meant that special attention had to be paid to the type of materials that were selected for the corrosion protection application.