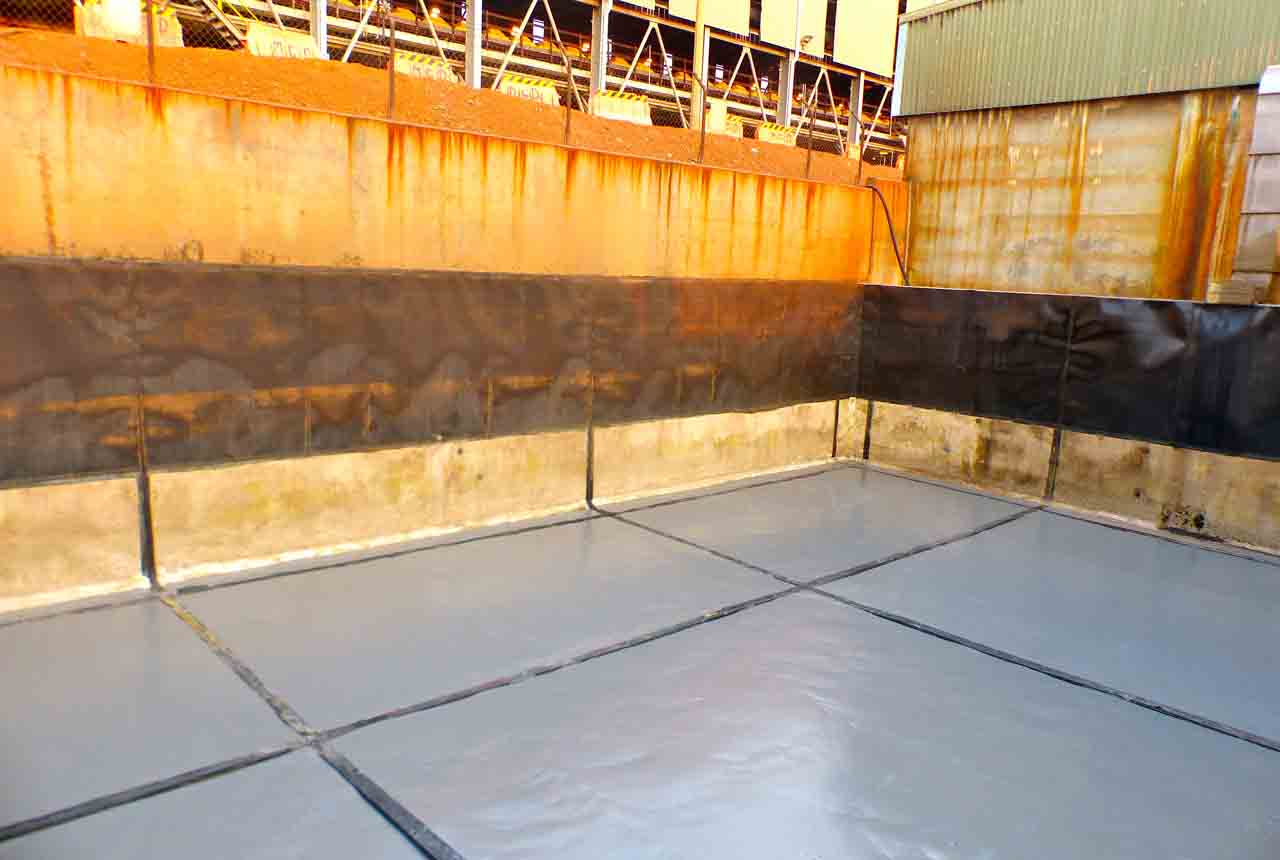 LXML is a joint venture between Australian miner OZ Minerals and the Laos government. The plant has an annual production greater than 800,000oz of Gold and 60,000 tonnes of Copper. Environmental Conditions The plant is the 1st of its type in the world and the environment at the plant and the operational conditions means there are many corrosion and erosion challenges. During the construction stage many coatings for general areas were wrongly specified and subsequent corrosion has resulted.

The protective lining of the storage pond and holding back wash tanks had split and acid had leaked underneath the lining and began to eat away at the concrete.

Trepax were asked to assist and came up with a fast track repair solution to the problem. The lining was removed and the concrete power washed clean to remove any contamination. The area was then dried and a resin based primer applied to the damaged area. Whilst the primer was still wet a broadcast of garnet was scattered over the surface to create a mechanical key. When dry, the area was repaired and leveled using a vinyl ester mortar.

The concrete storage ponds and holding back wash tanks are subject to high erosion and corrosion. The fast track temporary repair system was applied which will give a temporary protective surface until a full lining system can be installed to withstand the constant aggressive demands of the corrosive media.

The system is a vinyl ester repair mortar that can be mixed to varying consistencies depending on the severity and depth of the repairs. It is designed to be used as a repair system prior to a protective lining system being applied.