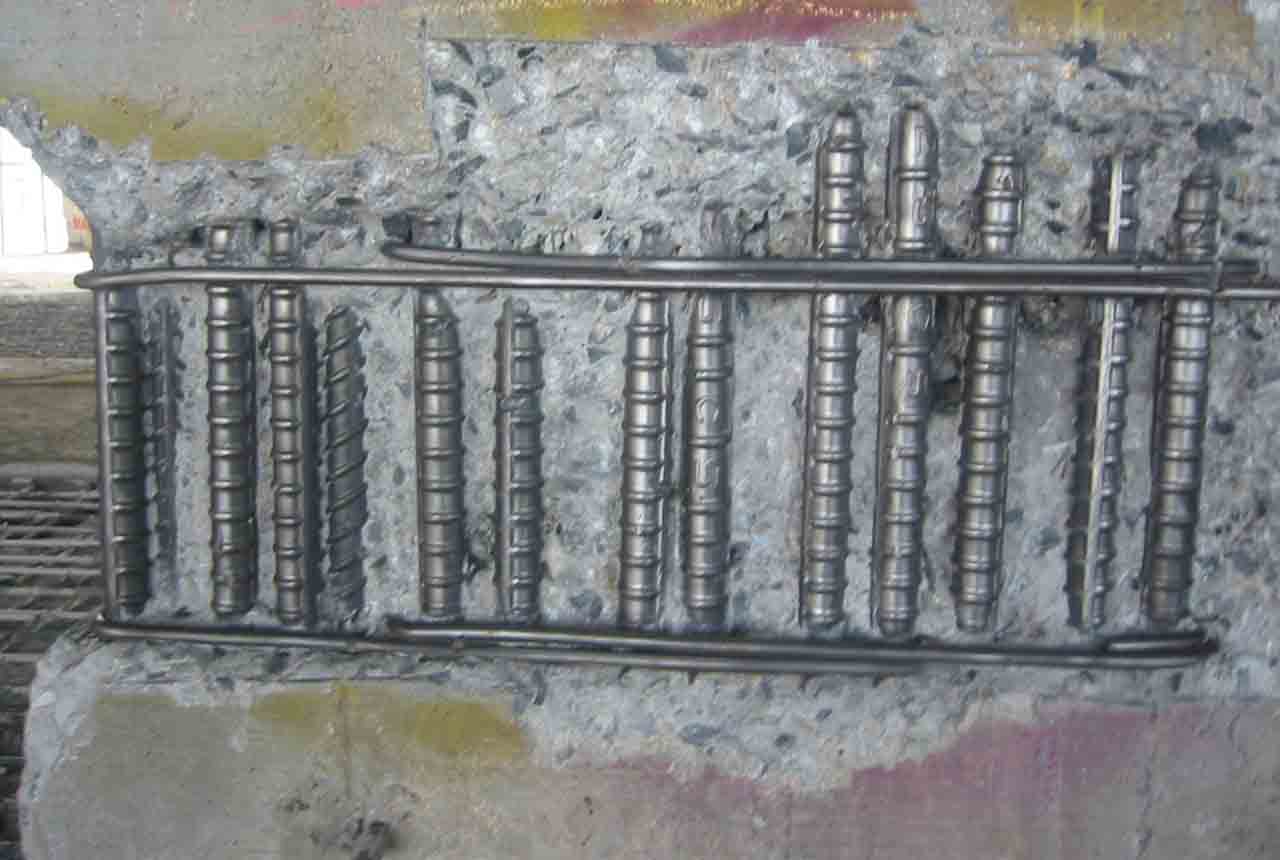 Trepax were awarded a contract to remove damaged and corroded concrete and reinforcing bar and then repair the damaged concrete, as well as applying carbon fbre composites to strengthen ﬂoor areas of the half completed abandoned structure, which was originally intended as a hotel. The project known as NorthShore Condominium, in Pattaya, Thailand was being converted into a 35 ﬂoor twin towered residential development. Trepax faced many challenges and issues during the repair and strengthening phase but were delighted to hand over a successful job to yet another satisfed customer.

Given that the building had stood empty and unfnished for several years, ultimately exposed the structure to a considerable amount of corrosion attack. This was most apparent in the area of the exposed steel re bar and also the concrete, although to a lesser degree. Being located in a coastal position the uncompleted structure was exposed to the saline atmosphere, which accelerated the corrosion process.

This building is located at the seashore and was partially completed with much of the rebar exposed. The project was poorly constructed and concrete cover over rebar was below international standards. The result was carbonation of the concrete structure and chloride contamination of the rebar caused by the saline atmosphere. All of these issues lead to many types of defect in the structure such as cracks, concrete dis-bondment and heavy corrosion of rebar. In order to make good the concrete with replacement materials, diffcult demolition was needed to allow for cleaning and replacing of rebar so it was in a passive state. To do this effectively to the specifcations and schedule was a challenge of the highest order. The completed project now stands proud as part of Pattaya’s skyline as a monument to modern construction.

Due to the exposed steel being corroded due to the structures coastal location. Corrosion protection to the steel rebar in the concrete building was vital. Sections of badly corroded steel had to be cut out and replaced with new. The remaining exposed steel was mechanically cleaned back and treated with a corrosion protective epoxy alluminium oxide coating.

The repairing works was separated into two phases one for inspection and repair of defects in the main concrete structure such as beams and columns. Another was for the placement of carbon fber composite to ﬂoor and ceiling areas to increase the usable load from the original design load. The 1st phase was achieved through a detailed installation procedure that identifed the defects and listed the repair method and materials to be used to carry out the repairs effectively. The 2nd phase was to place strips of carbon fber with an epoxy based composite to load bearing areas on all existing ﬂoors of the structure. This was subsequently load tested to prove the strengthening had achieved the desired strength required.