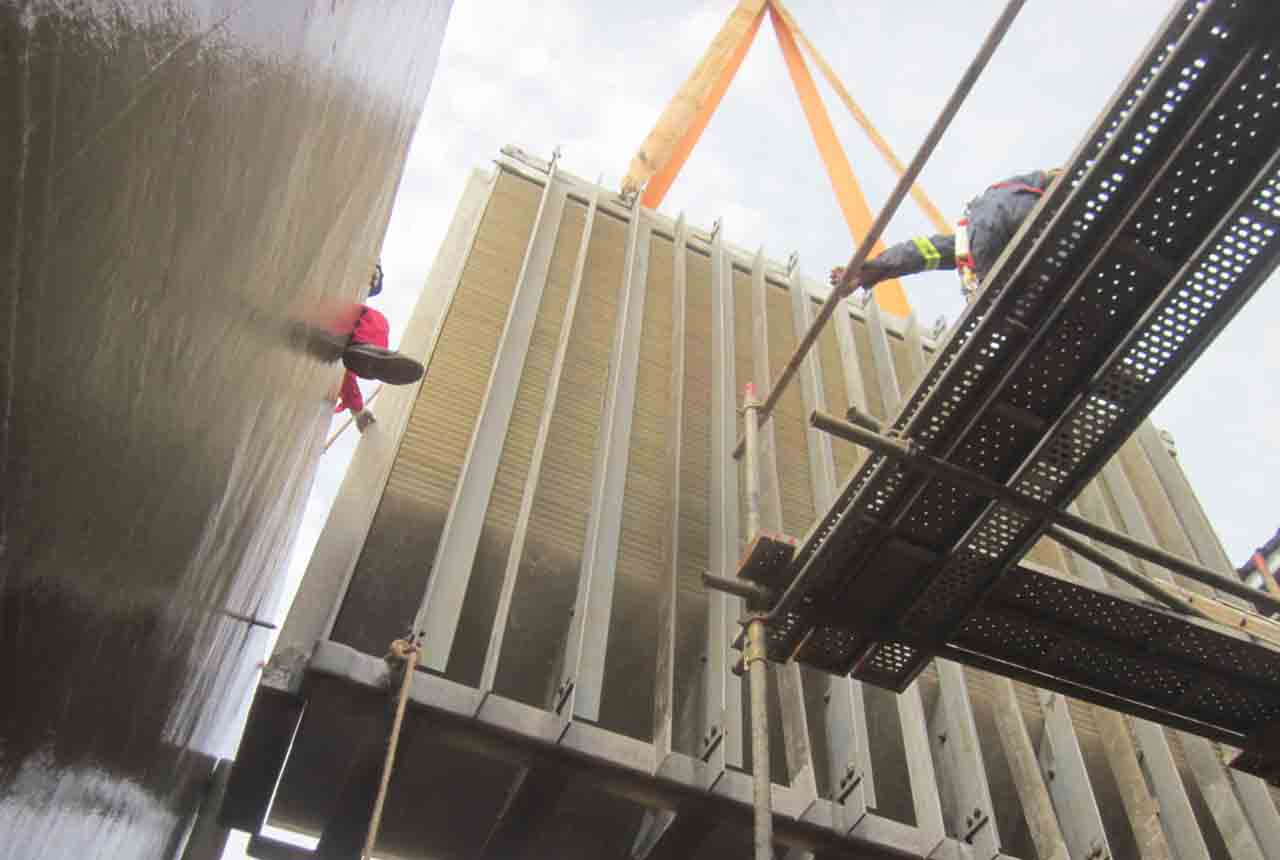 This site which is the largest rare earth extraction plant in the world, was set up for the development of a minerals and chemical processing plant, for production of lanthanide products in Gebeng, Pahang state, Malaysia. Lynas has been developing this project since 2000. An initial feasibility study showed the original plant to be located in Western Australia. However due to project economics the plant location was moved to Zibo, Shandong, China. The basic design was commenced by two Chinese design institutes, one for each plant. The basic design was 90% complete when Lynas made the decision to change the location to Malaysia and award the project to Ranhill Worley Parsons.

The extraction procedure requires a chemical process using atmospheric leach technologies. The processed slurry has signifcant erosive qualities. Each tank is a large concrete structure. The project is in a location with heavy rainfall and high humidity.

Coalescing plates were built and installed into the leach tanks to separate the rare metal solids from the liquid slurry in the tanks during the leaching process. These plates were manufactured by an independent company for the frst project, LampsOn and Trepax were asked to install them. However the quality of the plates was not good, so on the next phase of work LampsUp Project,  repax were invited to organise and over see the manufacture of the new coalescing plates, Trepax successfully did this, by fnding a reputable fabricator, with whom we worked to redesign, fabricate and successfully install the coalescing plates. The installation of the coalescing plates was undertaken by the use of an overhead crane, where the plates were craned into position within the tanks and then Trepax operatives aligning and bolting the plate structure to the inside of the tank.

Constant exposure to the surface by corrosive media meant a high quality lining system had to be used, to adhere to the life span of the project. This lining system as well as resisting corrosion, had to withstand high erosion and maintain suffcient protection.

The coalescing plates are made from FRP vinyl ester material, which consists of vinyl ester polmers, reinforced with a matrix of glass fibre cloth and chopped strand mat layers.